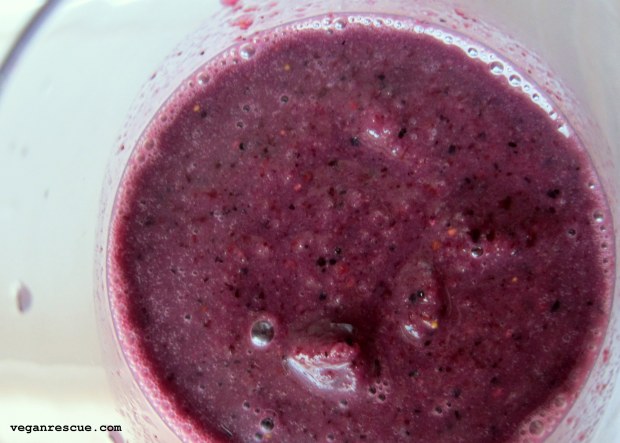 Umm… Happy New Year! Is that inappropriate since it’s now the 20th? Well, maybe not since this is the first time I’m saying hello for the New Year. What a blur it’s been since my last post. I do feel like I’ve been saying that far too often and really dislike the gaps between my posts as of late. ☹ Very sorry about that by the way – life, right?

Well, I’ll be starting a new job/career soon – so excited about that! I’ve resigned from my current job and changing career paths altogether, last day coming soon – next week! Seth too, how crazy is that!? Both of us at the same time.

I ran into a woman at the grocery store this evening, which may have prompted this very post. Although I did make this smoothie recipe last week… I have this, and several other recipes just sitting in my back pocket? This has been the one day/evening/weekend where we literally have nothing going on. Well… I’ve been redecorating my bedroom so that has consumed much of my free “cooking time” also. But anyway (excuses excuses) back to the grocery store… As I’m walking up to the natural section, there is a woman standing there. She reaches for the Daiya cheese then hesitates and placed it back. I walked up and grabbed the Daiya and also the Better than Sour Cream because it’s taco night tonight! After watching me grab the cheese she then asks if it was any good. I replied and then proceeded to rattle off several other products I thought were good! I’m pointing and grabbing: So Delicious – Yogurts, Vegenaise, Earth Balance and the Ice Creams that are available! She may have thought I was a bit crazed given how hyper I quickly became on the subject. Hey it’s not every day I run into someone in person that is actually interested in veganism. She said her church was trying out veganism this month; to which I exclaimed Veganuary!?! She said yes and thanked me. I let her know about this blog and went on my way. Sometimes it’s the little things or rather the chance encounters that spark or motivate. Happy New Year and Happy Veganuary all! Make it another great one. As always… enjoy! The smoothie, of course. 😋

I love serving these in stemless wine glasses… 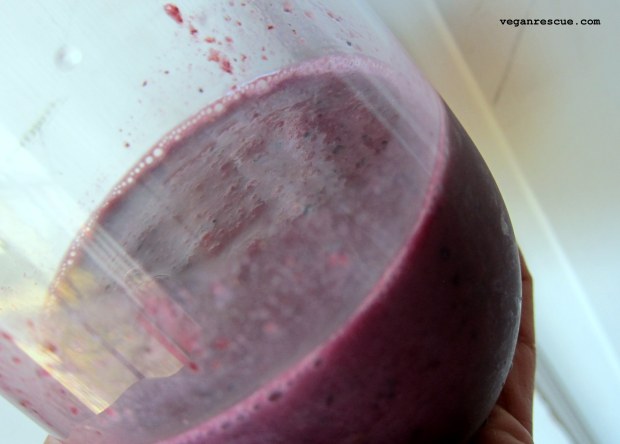 Directions:
Combine all ingredients in blender or high-speed blender (like a Nutribullet or Ninja). 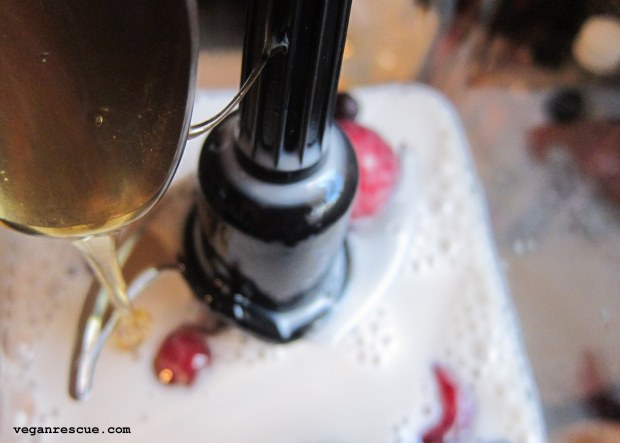 Welcome to Vegan Rescue! I appreciate you stopping by, my name is Jessica Williams, I currently hail from Pennsylvania outside of Philadelphia. I hope to inspire you through my vegan recipes. I’m an avid home chef and enjoy photography also. Vegan since 2011, I take much pleasure in creating, reinventing (veganizing) and indulging in vegan deliciousness with my husband and children.

“All recipes, ingredients and photography on this blog/site are my words and creations - All Rights Reserved and Copyrighted ©. Please be courteous, ask for permission and remember to credit Jessica Williams/VeganRescue.com as the Original Source. Please feel free to contact veganrescueblog [at] gmail [dot] com for inquiries and questions.”